Michael developed his passion for fishing with his father on the rivers and lakes of Bavaria at a very young age.
As a young man Michael honed his fishing prowess while living in La Gomera Canary islands guiding and fishing for barracuda, tuna and sharks.
In 2011 he moved to Haida Gwaii to pursue his dream of guiding and owning his own charter company.
After working at several prestigious West Coast fishing lodges he started his own charter business.
Michael holds the current record Chinook\Spring Salmon at 42 lbs in the Paul Bentley Memorial fishing tournament since 2012, and guided a 70 year old Lady 2019 to 2nd price.

He knows the waterways and the fishing grounds of Haida Gwaii´s West Coast  Skidegate Point and the northend intimately and he will take you on a fishing adventure you won´t forget! 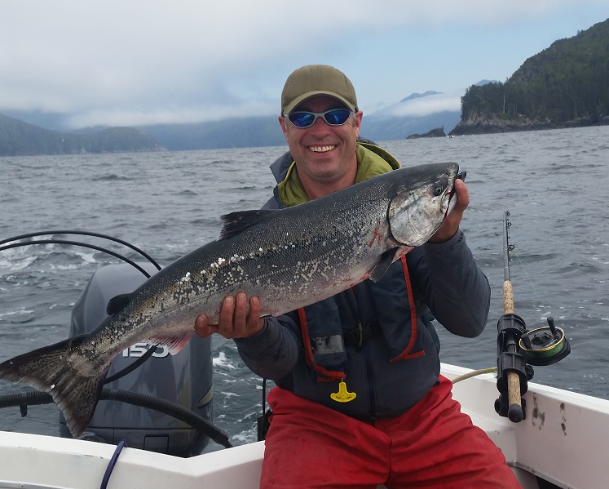